I’ve just received a forwarded mail, coming originally from the Spanish embassy in Finland. Its aim is to inform the Spanish citizens registered in the embassy as living permanently in Finland about the possibility of helping with comments to the draft of the law for “Transparency, Access to the Public Information and Good Government”. Glad to know that they are having the opinion of the Spanish citizens into account, for once 🙂

For the sake of the embassy, let’s hope that the Spanish Agency for the Personal Data Protection would not be around …

PS: If you check carefully, you will see, among all the addreses in red, some exceptions in black. Those are the addresses not even acknowledged as “valid” by my mail application. Ouch!

PPS: Just in case this is helpful for the workers at the embassy, I will leave here a link from a former post that I wrote about netiquette.

Update: Today I’ve received another forwarded mail from the embassy in which they apologize for this incident. The copy, at the bottom of the post. 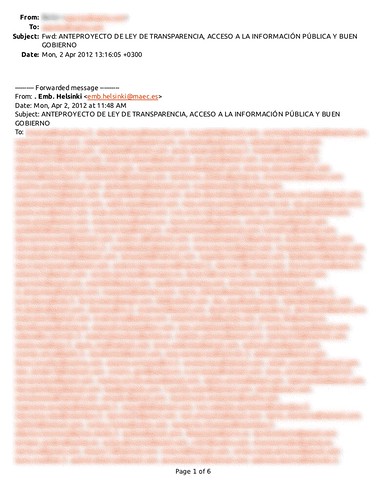 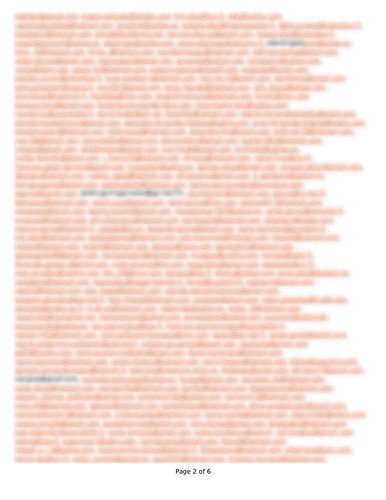 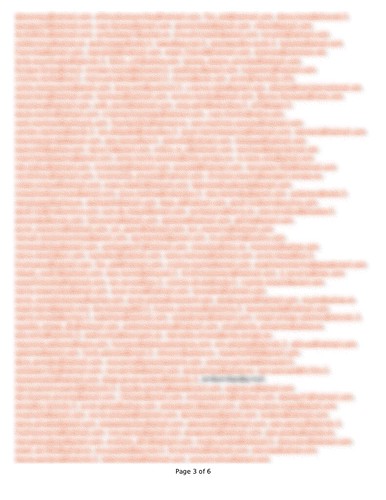 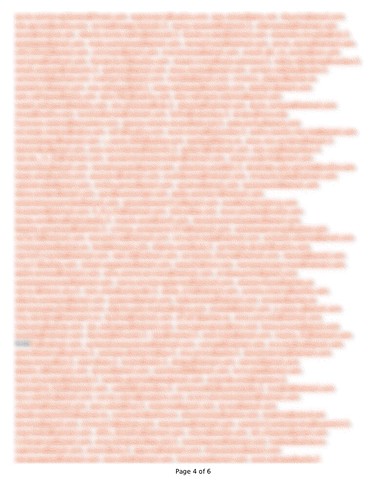 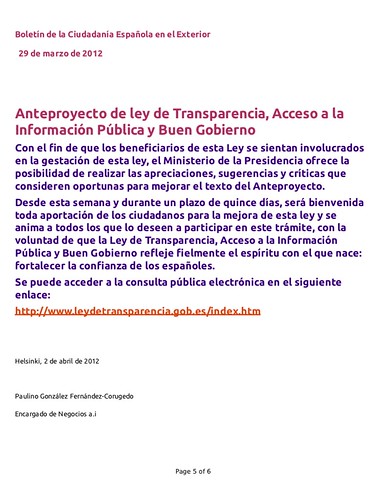 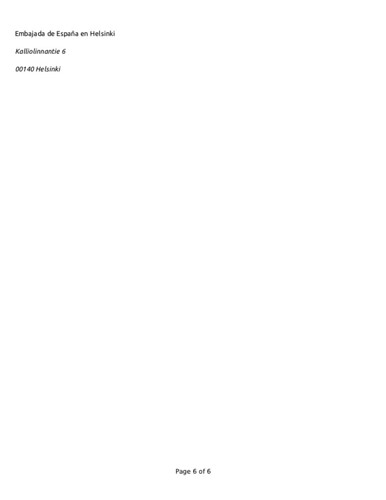 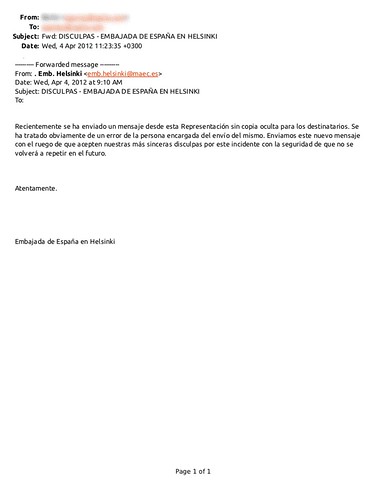